Asbestos and Ductwork
Asbestos on Ductwork
In the southeast Michigan market, homes constructed in the 1920s through the 1950s sometimes had an asbestos fabric insulation on the sheet metal supply ducts. Sometimes this was added  to all the ducts (including inside the walls) and sometimes it was just added near perimeter walls or just on the duct elbows. Sometimes the ducts were uninsulated but the seams were sealed with an asbestos tape. Sometimes an asbestos shield was only installed directly over the top of the furnace on the main supply duct. Less common was asbestos insulation or asbestos board affixed to the return air ducts. Occasionally, an asbestos board was installed between the basement joists to form the return air ducts. On rare occasions, an asbestos insulation was used inside the return air ducts near the perimeter wall to insulate the return air by forming a thermal barrier with the foundation. Unfortunately, this hidden use of asbestos is hard to detect! Detection generally requires removing the return air vent covers, which can be damaging as the vents are typically painted and removal causes damage to the adjacent wall. Asbestos duct insulation is one of the main health concerns in the home. This form of asbestos must be removed prior to demolition of a home.
Over the years, some homeowners may have removed most of the insulation but may have left it in less visible areas. Need an asbestos clearance (visual inspection/air test)?
Obviously, having duct cleaning performed if there is any asbestos on the outside or inside your ducts is a very bad idea! Fortunately, at least some duct cleaners in my experience are conscientious enough that they will warn a homeowner of the suspected presence of asbestos and refuse to clean ducts where they think asbestos may be present.
Keep in the mind that the visible absence of duct insulation in the basement of an older home is not sufficient evidence that insulation is not present on ducts inside the walls or inside the ducts themselves! A trained asbestos inspector can inspect your ducts for evidence of residual or hidden asbestos duct insulation to provide assurances that it is safe to have your ducts cleaned. 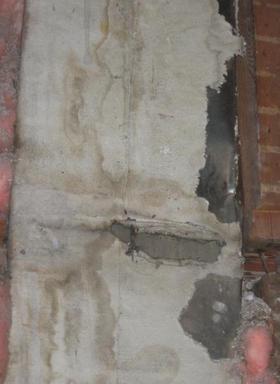 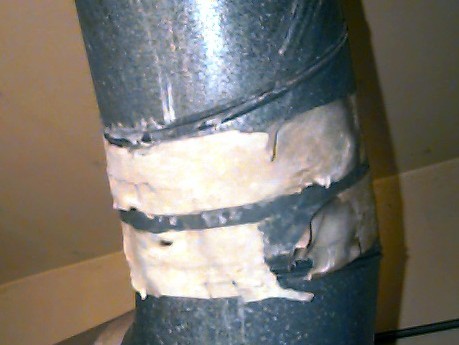 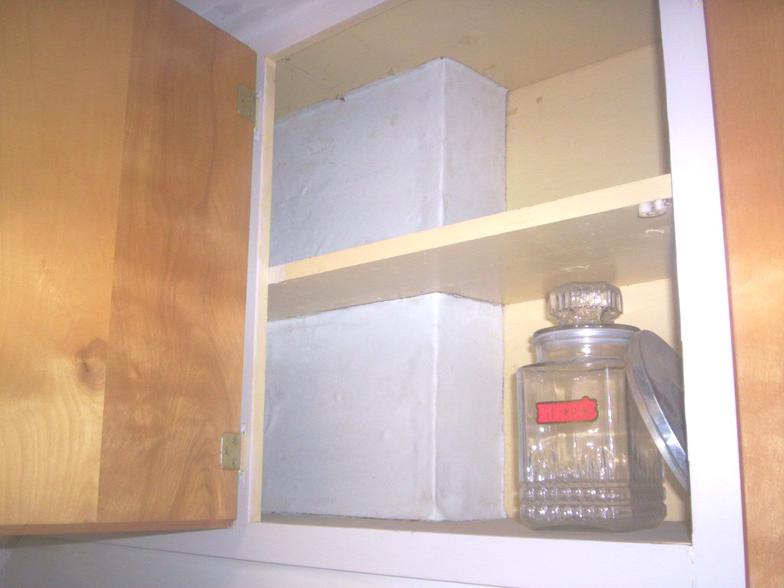 asbestos duct tape
If asbestos is found on your ducts, should it be abated (removed) before your ducts are cleaned? Actually, probably NOT! The only realistic and practical solution is to have the ducts removed in their entirety by an asbestos abatement contractor and then have new ducts installed. More about duct cleaning. The only exception is if there is just a residual amount of insulation remaining or just the seams are taped. Do NOT waste money having an abatement contractor strip insulation from ductwork!
deteriorated asbestos duct insulation found on a duct riser inside a wall
Asbestos insulation can also sometimes be present on exhaust ducts. In this example shown, the oven hood exhaust duct is insulated with asbestos, Why? Actually I am not really sure...! 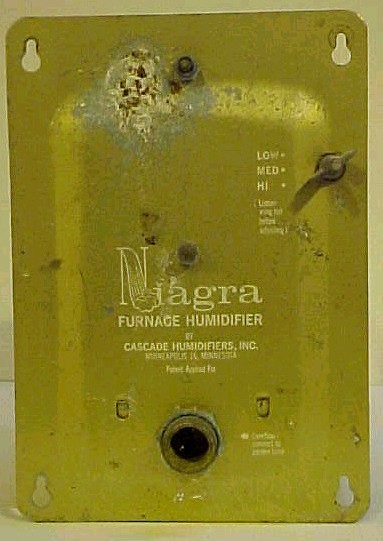 A few models of humidifiers used asbestos as the evaporation media...when the media started to deteriorate, asbestos fibers where dispersed throughout the ductwork...yikes!