City of Detroit Rental Property Lead Clearance
The City of Detroit uses the term "Lead Clearance" to pertain to the LBP Inspection and Risk Assessment protocol described above. Typically these testing stages are conducted concurrently for a single house. However, it may be more cost effective to test multiple houses at the same time by deferring the Risk Assessment until after the LBP Inspections are done. If the LBP/RA testing identifies the presence of damaged LBP or harmful accumulations of lead dust in the house, then corrective actions are required. The additional testing and documentation performed to verify these actions is called a Lead Clearance.

In 2010, the City of Detroit Property Maintenance Code was amended to include new requirements for rental property owners. This became implemented as the City of Detroit Rental Property Ordinance,  requires all rental property constructed prior to 1978 to be tested and certified as "Lead-safe."  The Lead Clearance requirement became a condition for obtaining a Certificate of Occupancy. Learn more from the City of Detroit page. Download a copy of the current Ordinance.
October 31, 2017 Lead Clearance Amendments
Tri-Tech has reviewed the update to the Ordinance and has noted the following changes as it pertains to the Lead Clearance and additional Re-Evaluations for lead:
Comments on the 2017 Revisions
The City is redoubling its effort to make all rental property “lead-safe” on a very ambitious two-year schedule. It has been reported that the City is hiring seven more inspectors and is outsourcing some inspections to three private inspection contractors. It is reported that the City inspectors will be focusing their efforts on multi-family properties and outsourcing inspections on the smaller properties. The City believes based on the outlined phased enforcement plan that all rental property within the City of Detroit could be compliant within two years!​
These changes will generally ramp up enforcement and put additional pressure on owners to comply, especially pertaining to older property with significant maintenance issues.
It is possible that new enforcement efforts will substantially increase local Lead Inspector/Risk Assessor and hazard control/painting firms workload, thereby increasing prices. Therefore, it is recommended that Owners start getting work done if possible before this new enforcement push occurs!

Six percent of all Detroit children tested in 2004 had lead poisoning, three times the national average. The City of Detroit firmly believes education can be improved and crime can be reduced by reducing child lead exposures.
Progress is being made...
but there is still some work to be done... 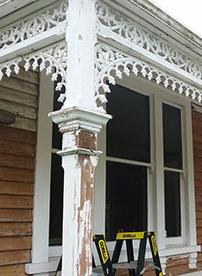 Lead is heavy. The release of lead dust and paint chips can easily be controlled by using drop cloths and plastic barriers. Lead dust is easily cleaned from most surfaces by common cleaning techniques. Most child lead exposures are preventable.
Enforcement by zip code has been implemented
Learn more about the lead testing protocols consisting of Inspection, Risk Assessment and Clearance.
Based on Detroit News and City of Detroit estimates, only 5-10% of rental property is in compliance as of 2017.

Lead_Ordinance_10_17.pdf
The Surprising Concession to Owners
The revisions have become more strict. The Annual Risk Assessment requirement can be seen as onerous and expensive (and possibly not enforced more than every 2-3 years). However, a provision not highlighted in news coverage or the City website is one concession given to building owners:
If a Lead Inspection finds no damaged LBP, the Risk Assessment can be deferred until unit turnover! There is an incentive to repair all paint prior to completion of the Lead Inspection.  A resident who stays in the house for eight years would result in a cost savings of at least $750.
Zip code 48214 leads the state in lead poisoning, with 17% of children affected. Zip codes 48209, 48210, 48204, 48238 had the highest occurrence until recently. 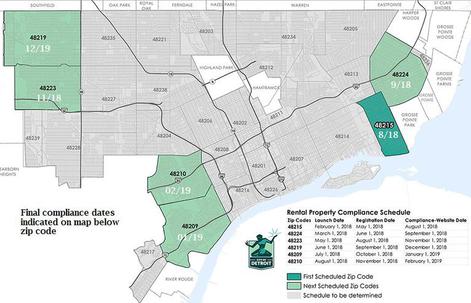 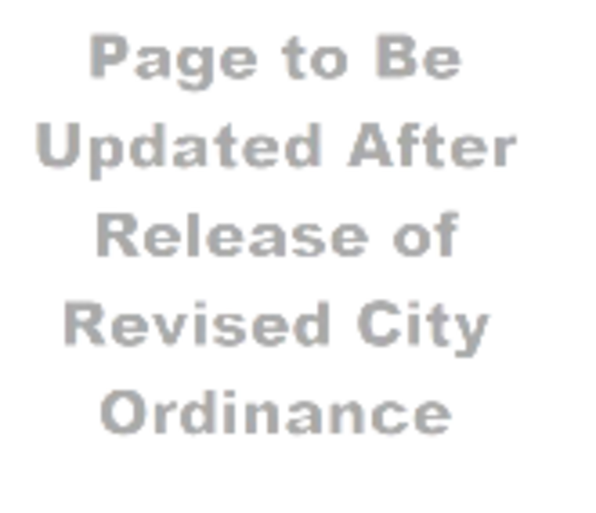