MICHIGAN ADOPTS MORE STRINGENT LEAD DUST STANDARDS
On June 21, 2019, the Environmental Protection Agency (EPA) announced new, tighter standards for lead dust on floors and windows, scheduled to become effective on January 6, 2020. The other principal agency that enforces lead paint regulation through its funding processes, the Department of Housing and Urban Development (HUD), has accepted these new standards as its own. Although an official announcement has not yet been made by the State of Michigan as of the date of this writing, the City of Detroit made the announcement via its email subscription listserver on November 27, 2019.
These more stringent federal housing lead dust standards first went into effect on January 31, 2017 but were established for certain federal grant and Medicaid-funded programs and were not legally enforceable on the general public at that time.
These standards can be summarized as follows:

Consideration of lowering the lead dust standards began under the Obama Administration and has been continued almost seamlessly under the Trump Administration, which speaks to the strength of the data supporting the new standards.
At the same time, the existing standard for LBP (lead-based paint) at a level of 1.0 mg/cm2 and 0.5% by weight has been upheld as adequately protective and was not lowered. Among other things, EPA reviewed literature to establish statistically valid associations between low concentrations of LBP and lead in dust but was unable to find sufficient information to relate concentrations of lead in paint to household dust from paint below 0.8% by weight (above 0.8% there is adequate modeling data supporting the existing standard). EPA notes additional study data of dust hazards from non-LBP sources are needed to estimate incremental blood lead changes and associated health effects changes, to justify a reduction of the LBP standard definition. For more information, refer to EPA’s June 2019 publication “Definition of Lead-Based Paint Considerations” published by the Office of Pollution Prevention and Toxics.
Several years ago, it was reported that HUD had been studying the accuracy and sensitivity of various XRF analyzers in ranges well below 1.0 mg/cm2, leading to some speculation that the LBP standard was considering being lowered by HUD. A few states (e.g. Maryland) and some local governmental agencies (Los Angeles County, CA) have lowered the LBP threshold limit to 0.7 mg/cm. However, it appears that the EPA and HUD federal standard has resisted being lowered for the time being due to lack of defensible study data.
In the federal review of the previous dust hazard standards in 2001, the threshold limits were calculated based on a blood level of concern of 10 ug/dl. Since that time, a substantial body of data has been compiled indicating demonstrable effects on young children at levels less than even 5 ug/dl. These effects include learning delays, behavioral problems, impacts on hearing and health effects such as decreased kidney function. In addition, studies have shown late-pregnancy pre-natal exposures at less than 5 ug/dl have an adverse effect on infant development. Low level lead exposures have also been implicated in decreased male fertility. These findings indicates a new awareness that not only do young child exposures need to be controlled but also those of men and women of child-bearing age, who may suffer no adverse effects to lead exposure themselves but can have their reproductive health affected.
Studies have made correlations to ADHD, anemia, and high blood pressure (among other possible health concerns) but direct causation remains unproven due to the number of variables involved.
In promulgating the new floor standard, EPA acknowledged there was credible evidence for the lowering of the floor standard to 5 ug/ft2. However, EPA concluded that there were a number of problems posed by decreasing the laboratory detect limit well below 5 to allow a proper and legally-defensible measurement at these very low levels. A lower standard would adversely impact sampling techniques, laboratory costs and other business-related concerns. Thus, the scientific merit of this lower standard was not fully considered and we should be aware that future floor standards could be even lower!
To put these changes into prospective, Tri-Tech looked at previous project data involving houses that were subjected to the full Lead Inspection/Risk Assessment test protocol where no interior lead-based paint and little or no exterior lead paint was found. The distribution of these houses was Detroit (26), metro Detroit suburbs (3) and out-state (1). Of these 30 houses, only about two-thirds of these houses (63%) would pass the new 2020 floor window and dust standards. Of the 11 houses that would fail, the following is a distribution of the failing dust results:
•

one house one window sill sample
•

one house with a failed window sill and a trough
•

four houses one or more window troughs
Based on these results, it is suggested that almost 20% of LBP-free houses with replacement windows (vinyl, fiberglass or metal) will have a failing result due to the accumulation of lead dust from off-site sources such as ambient fall-out or from wind-blown dust (nearby homes, demolition sites, etc.).
Clearances will also be impacted by the new standards although somewhat less dramatically. EPA looked at data for HUD program grantees from hazard control work in 1552 units pertaining to the impact of the new standards on clearances. For floor samples, 85% of samples were at or below the new 10 ug/ft2 standard. For window sills, 97% of samples showed dust-lead levels at or below 100 ug/ft2. In a separate study, the median dust lead level was 57 ug/ft2 for window sills for a pool of housing units following clearance. However, at a six-month re-evaluation period for those units, the median result was 105 ug/ft2, indicating how quickly a window sill can return to a hazard condition under the new standards. 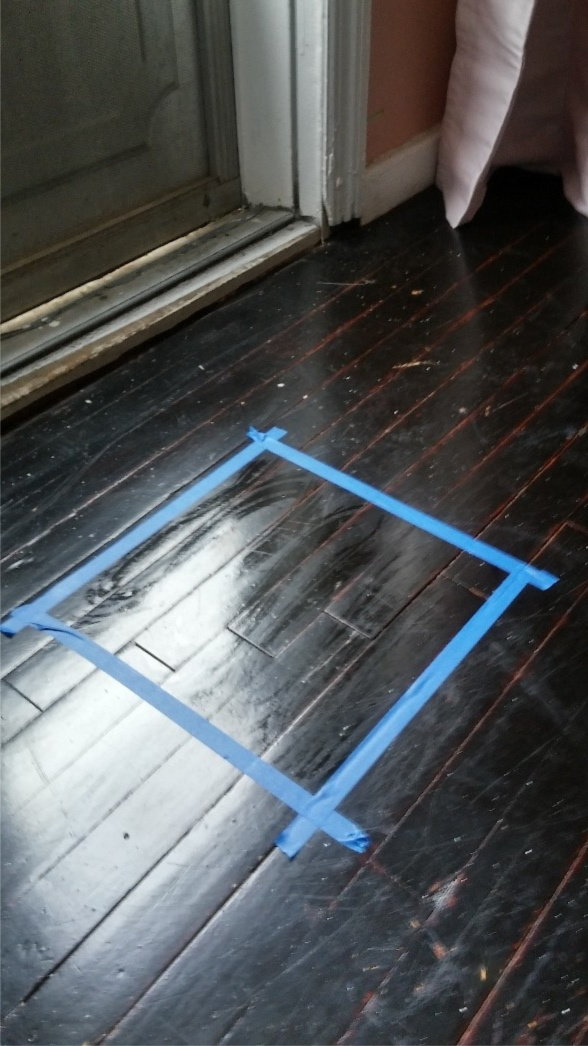 The change in dust standards is one the most stringent increases in health standards that the environmental field has ever seen, where standards have more than doubled over a relatively short period of time.
Hardwood floors can trap ground-in lead dust in the cracks and pores that is not removed by casual cleaning
EPA indicated an increased emphasis on the floors (a four-fold reduction), as they have a larger impact on children’s exposure to dust lead than window sills because they take up more square footage of the housing unit and children spend more of their time in contact with floors rather than sills. 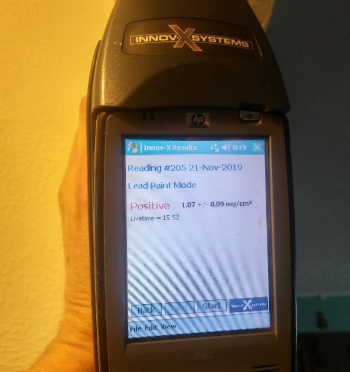 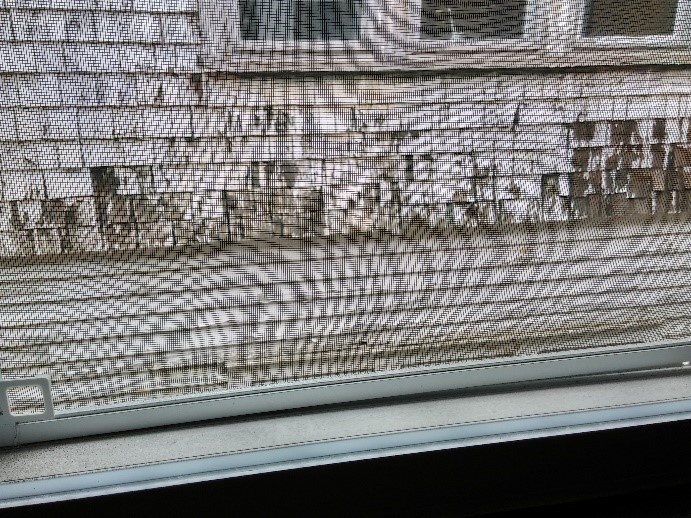 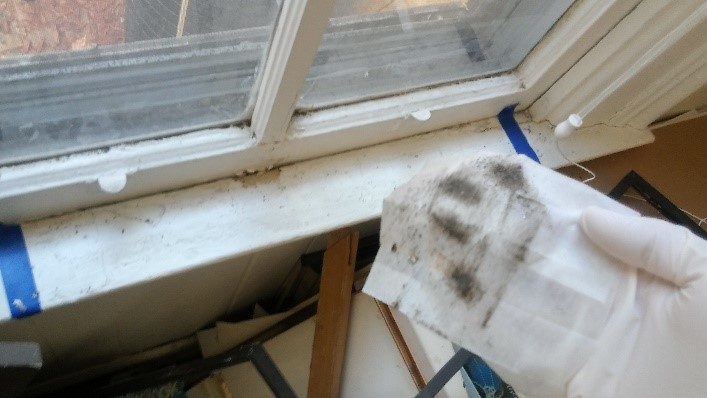 A city of Detroit landlord had difficulty getting dust clearance for vinyl windows facing an abandoned building.
The following is an additional anecdote that helps demonstrate the significance of the more stringent floor standard. Tri-Tech tested a 46-unit building constructed in 1969 in the City of Detroit. Lead levels in interior and exterior paint were very low. The maximum lead concentration detected was 0.3 mg/cm and a majority (90%) of the XRF readings were at or below the detection limit. Dust wipe testing revealed low to non-detectable results in the one bedroom units. However, a result of 38 ug/ft2 was obtained on the hard floor in the front entry way, which would be a failing result under the new standards. This result was attributed to workers tracking in minor amounts soil from routine groundskeeping work in the front yard where there were no known former or existing painted exterior components. This appears to demonstrate that even light tracking of soil on floors attributable to normal urban background levels of lead will result in some failing results under the new standards.
The new standards put an increasing emphasis on the need for cleaning of floors and windows as a part of normal housekeeping and rental unit turnover to address lead from sources besides deteriorated indoor lead-based paint.
EPA has ruled that disclosure requirements are unaffected and there is no retroactive disclosure requirement for conditions previously characterized as non-hazards that would now be considered lead dust hazards.
When the deteriorated paint hazard standards were lowered by HUD in 2012, the State of Michigan allowed an almost one-year grace period before enforcement began, to allow consultants and owners time to adjust to the new standards. Michigan regulators are urged  to give those of us working in the State of Michigan additional time for our clients to prepare for these more stringent standards. 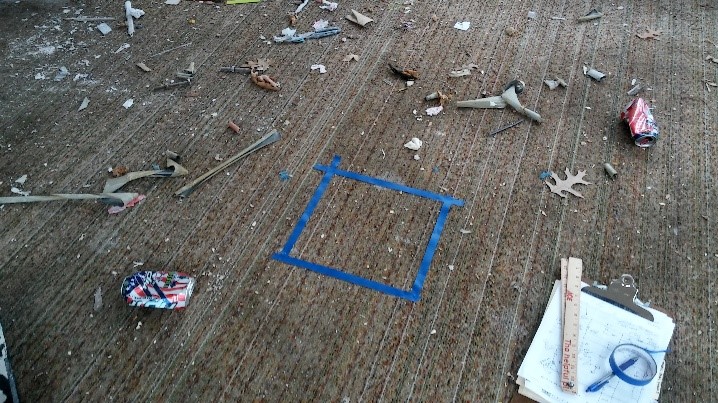 Window sills are the easiest of building components to clean but often are not cleaned regularly by residents.
Dirty floors are not an uncommon sight in
rental housing in urban areas
Any questions? We're happy to help. 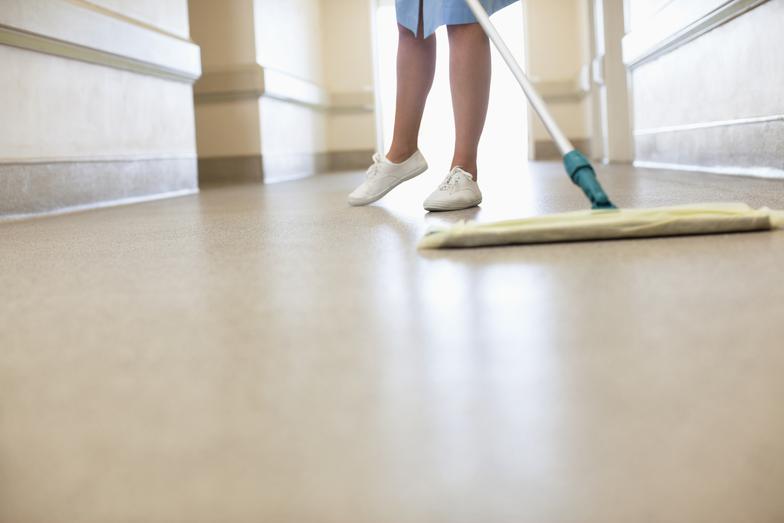