Mycotoxin Testing
What are Mycotoxins?
Mycotoxins (“Mold toxins”) are small and light weight molecules produced by molds as part of their metabolism. Some of the toxins have the secondary effect of being toxic to other molds, which enables them to better compete for food, moisture and surface area. Mycotoxins interfere with RNA synthesis and may cause DNA damage. Mycotoxins, even in minute quantities, are fat-soluble and readily absorbed through the intestinal lining, airways, and skin. (2) One of the most toxic substances known to man, Aflatoxin, occurs associated with fungi that grow on nuts, seeds and grains. Aflatoxin is suspected to be the main culprit in the rise in peanut allergies, although scientific explanation remains elusive.
We have come a long way in understanding “toxic black mold,“ those molds that have been attributed as producing significant health effects associated with mycotoxins ("mold toxins"). While there were previous incidents of black mold exposures for workers and animals, there was little publicity or awareness until the well-publicized occurrence in Cleveland Ohio in 1994 that resulted in a rash of infant deaths. The understanding of the cause of death has since been refuted as not including the other factors involved including heavy exposures to tobacco smoke and possible exposures to bacterial endotoxins or other pathogenic substances. (1) However, that finding does not diminish the risk of mycotoxins and their significance on human health. 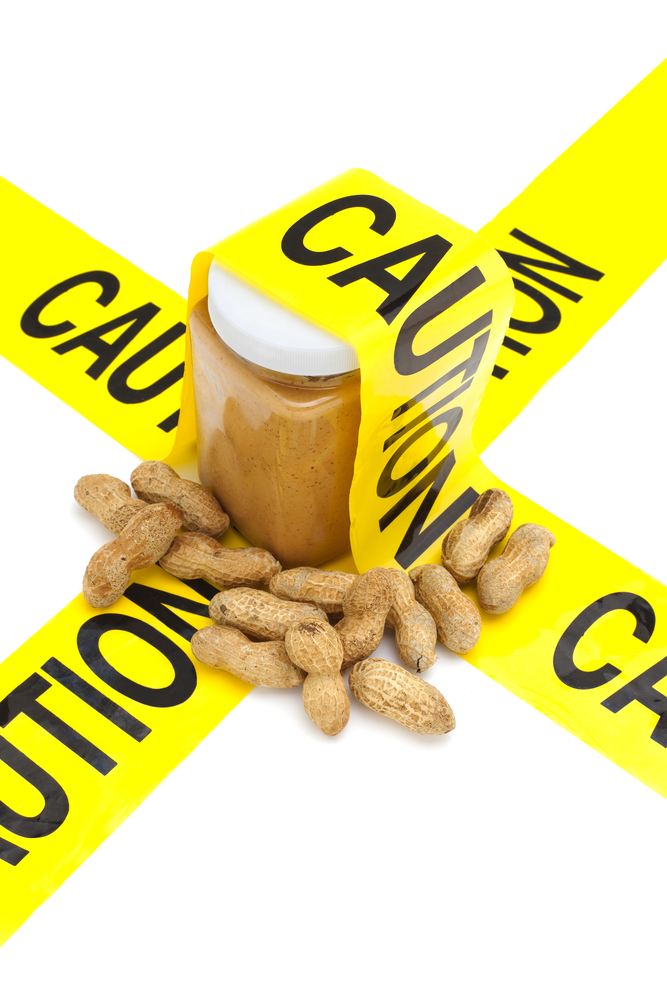 Toxic Effects of Indoor Molds, Official Journal of the American Academy of Pediatrics, 1998.
2.

Building Dampness and Its Effect on Indoor Exposure to Biological and Non-Biological Pollutants, World Health Organization, 2009.
3.

Determination of Aflatoxin B1 Levels in Organic Spices and Herbs". The Scientific World Journal, 2013.
4.

Ochratoxin A and Human Health Risk: A Review of the Evidence; Critical Reviews of Food Science and Nutrition, 2016.
6.

Thrombosis and Haemostasis,”. Department of Anesthesiology and Intensive Care E-Publication, University of Muenster, 2010.
9.

Spectrum of Noninfectious Health Effects From Molds, Official Journal of The American Academy of Pediatrics, 2006.
13.

Clinical Use of Immunoassays in Assessing Exposure to Fungi and Potential Health Effects Related to Fungal Exposure, Annals of Allergy, Asthma & Immunology, 2004.
20. 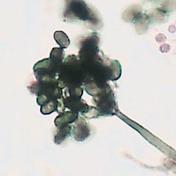 Fruiting structure of the black mold
Stachybotrys developing mold spores
Mycotoxin Symptoms
Mycotoxin poisoning is generally well understood from ingestion from moldy foods, particularly by persons who have allergies or other sensitivities. Symptoms are generally consistent with general food poisoning symptoms including vomiting, nausea and diarrhea. Fortunately, due to modern food production procedures and testing requirements, acute mycotoxin poisoning from ingestion of contaminated food is rare.
Occupational exposures and symptoms vary widely, depending on the route of exposure (e.g. inhalation or dermal contact). Generally, inhalation of mycotoxins will cause as a minimum respiratory irritation (e.g. cough or severe congestion). Direct contact will cause physical irritation (e.g. itching, burning, blisters etc.). Low level chronic exposures can cause a number of different health symptoms and diseases, which is reviewed further here.
Tri-Tech had an article on the non-allergenic effects of mold published in the Michigan Association of Environmental Professionals Quarterly newsletter (Summer, July 2020). You can dowload the whitepaper article Mold Toxins and Infections.