The Case Against Hand Sanitizers 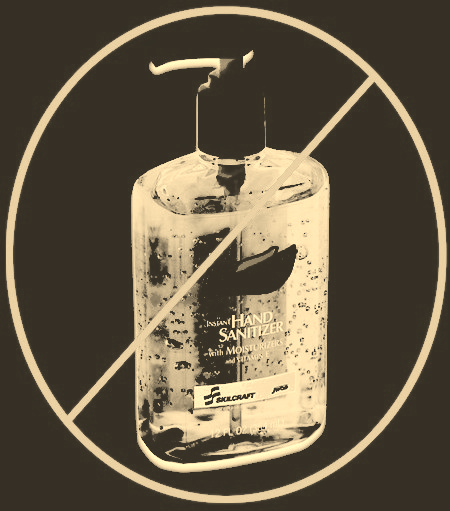 Hand sanitizers became popular as an emergency reaction to the threat of the H1N1 flu virus, MRSA and other superbug threats (real or imagined) a number of years ago. Schools, churches and other institutions began stocking up on hand sanitizer and providing it everywhere for preventative measures. While it may have been a prudent precautionary measure when the threat of H1N1 was relatively unknown, hand sanitizers have now become commonplace. Unfortunately, hand sanitizers by their nature are designed for emergency use only and not a daily substitute for soap and water or other common hygiene practices. An early sanitizing ingredient, Triclosan, is among the worst types of hand sanitizers. This specific substance appears be an endocrine-disruptor and is a persistent toxin that is accumulating in the sediment of our lakes and streams. Fortunately, hand sanitizers are more commonly alcohol-based, which is bad, rather than very bad.
There are numerous health concerns associated with regular hand sanitizer use:
There are numerous studies that show that hand sanitizer is not as effective as it is promoted by the manufacturer (and that is a good thing!). ​If germs start developing a resistance to alcohol, humanity is going to be in big trouble! Don't think that it can't happen. There is a mold that has learned to live in the presence of and digest jet fuel!
Its time to get back to soap and water and leave disinfection to the hospital and restaurant pros.
Some Good News in the War Against Sanitizers...
A few manufacturers of toothpaste are starting to move away from chemical preservatives and are starting to recognize beneficial bacteria, which will be intentionally added to the toothpaste formula. Studies have shown it might be better to work with the oral mechanisms of the immune system rather than to work against it by sterilizing the mouth.  Some of these manufacturers also make hand sanitizers.
Its possible we will someday see hand de-sanitizers (a gel that contains and supports healthy bacteria on the hands)!
In addition, the FDA is starting to closely scrutinize the claims and supposed benefits of hand sanitizers...
Think Clean... Don't Sanitize!!!
The basic difference between cleaning and sanitizing:
Cleaning removes the biofilm/dead skin layer/bacterial food source.
Sanitizing kills the surface layers of bacteria but does not necessarily penetrate deep films nor remove the food source. 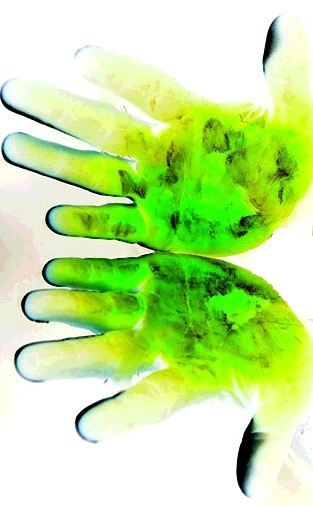