Drinking Water Testing
Tri-Tech can send a technician to your location to collect drinking water samples for testing of lead and other contaminants. This is ideal when only one water fixture or source is present (see below for a discussion of the variables involved when multiple plumbing types or water sources are involved).
Lead and Copper in Drinking Water Testing
Based on the highly publicized reports of lead in drinking water found in the cities of Flint, Oak Park and Detroit among others, Tri-Tech is pleased to offer drinking water testing and assessments.
Drinking Water Assessments
The City of Detroit recommends that certain child care facilities and other target sensitive receptor facilities have independent drinking water assessments. An Assessment goes beyond merely collecting water samples for testing at a lab. An assessment involves a building inspection and survey of the plumbing system to identify the age and number of distinct water source types. Sampling is conducted based on an assessment of the specific individual water sources conducted. This is to ensure proper identification and testing of proper suspect plumbing systems. Without a proper inspection, drinking water could be sampled from a fixture served by newer Pex (polyethylene) piping rather than copper piping with lead soldering or old lead alloy pipes. Pipes and soldering can be sometimes be tested by XRF or other means to determine the presence of lead and recommend corrective actions accordingly if necessary.
Types of Samples
First Draw-intended to assess the lead originating from the fixture and local piping
First Flush- a 30-second flush sample is intended to assess the lead associated with the building's plumbing system.
Baseline- a 5 minute flush sample intended to assess the lead associated with the municipal service lines and the source.
Target sample- to sample a particular segment of a plumbing system usually involves turning off one or more valves to collect a sample (e.g. to sample water that was sitting in a hot-water tank).
Cold water- cold-water is representative for common drinking purposes.
Hot water- hot-water typically contains higher levels of lead and should be tested in unusual circumstances where hot-water may be drawn for cooking purposes.
Copper- since copper is a regulated contaminant that sometimes co-occurs with lead contamination, particularly with copper plumbing, it is common to include copper in the lab analyses. It is also commonly analyzed with lead as a corrosion control indicator. High levels of copper can indicate inadequate levels of corrosion control and suggest lead levels could be lowered with corrective action.

For more information, please
Or call 248-721-8574
Proper lead in water testing involves understanding and testing distinct sources separately:
In addition, sometimes it is necessary to test the background level of lead originating from the municipal source. Learn more about lead in drinking water sources. 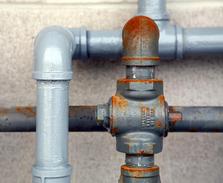 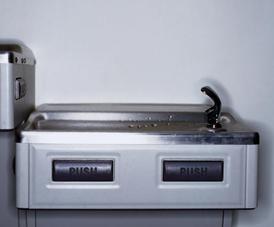 The Lead Contamination Control Act of 1988 authorized EPA to survey drinking water cooler manufacturers and self-report the use of lead for the purposes of an inventory of coolers that were not lead safe. The manufacturers Halsey-Taylor, EBCo and Sunroc were generally cooperative in identifying older model units with lead-lined tanks or solders.
High Lead Levels Found in Drinking Fountains,
L.A. Times, Dec. 10, 1987.
Tri-Tech can also provide assistance with homeowners who want to do their own testing by providing the properly preserved sample containers and advice on the locations and method for sampling.
Do it yourself and save money!

Water Testing for Lead is More Than Just Putting Water in a Bottle
Municipal Supplies Exceeding Allowable Limits
In 2019, the following municipalities were reported to have lead levels exceeding allowable limits:
Macomb County: St. Clair Shores
Oakland County: Birmingham, Hazel Park, Oak Park, White Lake Township
Wayne County: Dearborn Heights, Garden City, Harper Woods, Highland Park, Inkster, Melvindale
This list of cities is an indication of locations that could be of higher risk of lead in drinking water. However, there is no assurance that locations within cities not included on this list have acceptable levels of lead in the drinking water.