Why New Lead in Drinking Water Problems Have Emerged
Lead exposure has been related to plumbing since the earliest plumbing systems were developed in ancient Rome. The chemical symbol for Lead, "Pb" derives from "plumbum," the Latin word for plumbing. Lead alloy metals were plentiful, corrosion resistant and found to be easily worked.
Awareness of the problem of lead causing lead poisoning in children dates back to as early as 1897, when an Australian doctor determined that illness in children was attributed to paint. The first accounts of lead poisoning of children in the US occurred in the early 1900s. Other cases of lead poisonings were undoubtedly seen before then, but were mistakenly attributed to meningitis, seizures or other health problems. Initial efforts to  ban or limit lead plumbing in the 1920s was met with resistance from the strong lead industry trade lobby, which remained publicly defiant about lead risks until the 1970s. The Center for Disease Control and Prevention published the first blood level standards for children in the 1960s. However, the inability to reliably measure low levels of lead in water until the 1970s further prevented us from understanding the role of lead exposure in drinking water.
Lead has historically been a problem in drinking water due to the following sources: 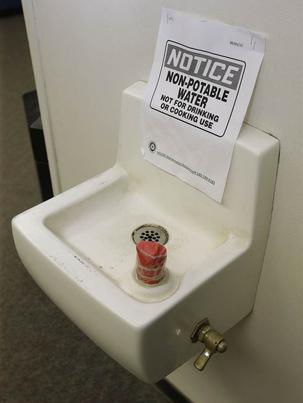 The familiar porcelain water fountain so commonly used in the 1940s-1970s in schools has been implicated in unacceptable lead levels
As a result of implementation of the Lead and Copper Rule of the Safe Drinking Water Act, municipalities were supposed to meet certain goals in identifying and replacing lead piping. In addition, the economic turnaround beginning after the Recession of 2007-2009 resulted in a boom of new infrastructure improvements that continues to this day. Many of these construction projects directly or indirectly affected water supply systems.
In 2019, Michigan Department of Environment, Great Lakes & Energy (EGLE) published an advisory indicating that construction activity involving water pipe replacement and other utility work, or system disturbances could cause the release of protective mineral scale covering lead pipes or lead particles trapped within the scale. A study published in 2013 (Detection and Evaluation of Elevated Lead Release from Service Lines: A Field Study, Environmental Science & Technology) backed this up, noting anecdotally the effects of “disturbances” on water sample results. For homes tested near disturbances, 80% had failing results. For homes tested without reported disturbances, just under 20% had failing results.
In Tri-Tech's home city of Oak Park, one-third of homes tested suddenly had failed lead in drinking water results, attributed in part to recent road construction and utility improvements. One news report is here.
Its a common mistaken belief that the drinking water standard is 15 ppb. Read more below on why this is wrong!
Confusion About What is "Safe"
At this time, there is no “health-based” or “compliance” drinking water standard for homes, schools or private businesses served by municipal water systems. The commonly cited 15 ppb compliance value is for regulated water supply systems only. This is a 90th percentile value, meaning 90% of the results must meet this standard or additional testing requirements are triggered. This value is commonly applied as a general guideline or "drinking water standard" for other purposes but has no basis in law. According to the Michigan EGLE, the health-based standard is calculated at non-detectable levels (<1 ppb), which is not reasonably achievable for many water supply systems. As a result, the State of Michigan recommends a non-enforceable standard of 5 ppb. The reasoning behind this is that when unacceptable levels of lead are found in water, bottled water is used. The lead standard set by the US Food and Drug Administration as the allowable limit for bottled water is 5 ppb. Therefore, it can reasonably deduced that this is a widely accepted "safe level" and it does not make sense to try to required a reduction of lead below levels permissible in bottled water.
In practice, the State of Michigan recommends that the 5 ppb guideline be compared to each source rather than any method of averaging of results from multiple similar sources or a percentile ranking of results as is done for municipality compliance.
Challenges With Variable Results
Tri-Tech experience and various studies of water testing have  demonstrated that the length of stagnation of a water source can have a significant effect (positive bias) on the lead concentration. Water temperature can also have an effect on lead levels as lead dissolved more efficiently in warmer water than cold water, resulting in seasonal variations.
A study published in 2016 (Inherent Variability in Lead and Copper Collected During Standardized Sampling, Environmental Monitoring and Assessment) assessed the inherent variability in water sampling of lead and copper containing plumbing systems. The study found relative standard deviations in brass (31%), copper-lead solder (49%) and lead-copper connections (80%). This high inherent variability was concluded to be attributed to semi-random detachment of particulate lead to water and represents a problematic reality of managing lead risks in water.
It has been estimated that water consumption from baby formula contributes on average about 40-60% of an infant's intake of lead. For toddlers and young children under the age of six, water comprises about 10-20% of a child's lead intake (USEPA 2007). 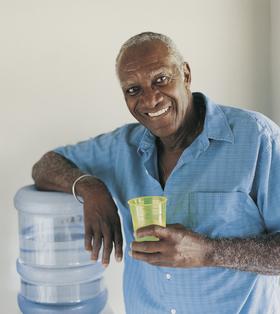 Conclusions
Proper assessment of lead in drinking water requires a "big-picture" understanding of lead risk and the nature of the various lead sources and factors that can affect drinking water quality. Tri-Tech can assist homeowners, day care operators, commercial building owners, schools and other interested parties in the proper testing procedures for drinking water and to assist with interpretation of the results and the implementing of corrective action.