EBL Testing Overview
Elevated Blood Lead Level Investigations
Building paint testing
Furniture/personal property testing
Toys/jewelry testing
Soil/garden testing
Drinking water testing
Case Studies-Actual Projects
A routine blood test for a life insurance policy for a middle-aged adult male with an desk job revealed a blood lead level of 3 ug/dl. The home (1980s construction) and exterior gardens were investigated. Soil was tested based on the history of the subdivision developed on former gravel pits. The home's water supply was also tested. No lead sources were found in the home. However, an extensive wine cellar was noted in the basement and it was stated that various wines were consumed regularly. It was concluded that lead ingestion had occurred from lead-contaminated cork stoppers (the cork tree can bioaccumulate lead if grown in a contaminated area).
Tri-Tech performs home and workplace investigations when a person is found to have an elevated blood lead level (EBL). An EBL investigation includes a thorough investigation of lead exposures from lead based paint, cosmetics, foods, medicines, hobbies, work place exposures, personal property, contaminated soil and many other potential sources of lead. An EBL investigation typically begins at the home but if needed, may be expanded to include a personal vehicle, homes of friends and relatives, schools, work sites, or other places that a person with an EBL may be exposed to lead.
An EBL Investigation typically includes the following:
Since soil and/or drinking water is not commonly identified as the primary source, this testing is sometimes omitted from initial EBL Investigations.  Is it possible for a child to get lead poisoning in post-1978 housing? Yes! Learn more about other sources of lead besides paint.
A medical checkup for a toddler revealed a blood lead level of 4.2 ug/dl. The home was constructed in 1927 but was moderately renovated but well-maintained.  Tri-Tech identified the likely primary source of the exposure to be lead-based stain on the door stop adjacent to the dining room. The door stop finish was blistering and wearing off. The home's water supply was also tested. A result of 6 ppb lead suggested a minor secondary source of lead from the water. Deteriorated exterior lead paint was observed but the child was not yet of age to play outside and be exposed. However, it was noted as a possibility that the family dog could potentially track in contaminated soils from the gardens located below the damaged paint.
A concerned homeowner contacted Tri-Tech after his son had a blood lead test result of 6.0 ug/dl. He had recently purchased the house, which was constructed in 1998. No significant sources of lead were found in the home. One toy was found to have a very low but detectable level of lead and the toy was discarded as a precaution. The residents utilized bottled water so the water was not tested. It was concluded that the exposure occured while the child resided in the previous rental home, which was an older and poorly maintained structure.
A concerned homeowner contacted Tri-Tech after their one year old son had a blood lead test result of 3.1 ug/dl. They lived in a large old home constructed in the 1920s. Tri-Tech identified multiple sources of lead in the home including leaded metal mini-blinds in the child's room, a deteriorated LBP ceiling and severely worn lead-glazed tile on the bathroom floor.
Concerned parents contacted Tri-Tech after their toddler had a blood lead test result of 8.6 ug/dl. They lived in a home constructed in 2004. Tri-Tech identified the likely primary source of lead to be an antique lamp on the child's nightstand. The lamp was found to have leaded glass and lead caming. The paint on the base on the lamp also contained lead. Tri-Tech also identified a ceramic plate that the child used as lead-glazed. An original painting in the master bedroom was also determined to contain lead paint. Pre-stressed painted furniture with chalking paint was also identified as a possible contributing source. 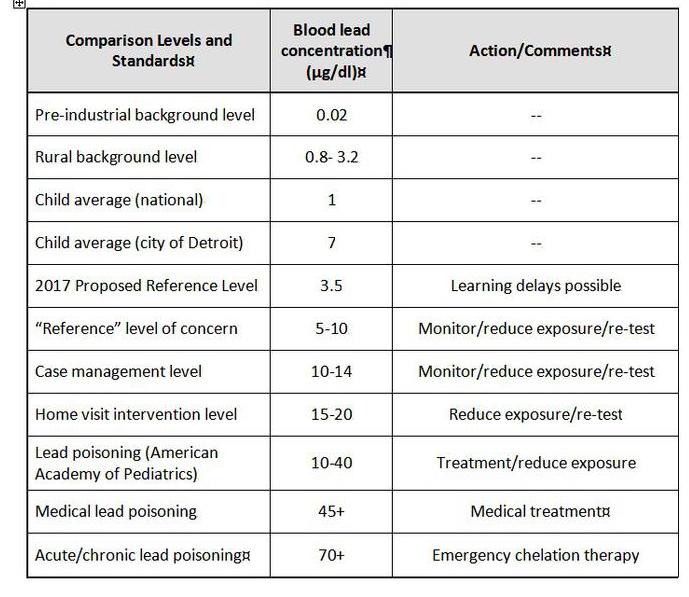 Has your child been tested? The following is offered to help you understand the result:
If your child has a blood lead level of >3.5, contact Tri-Tech for an EBL Investigation. 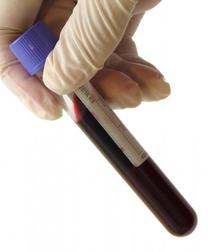 One study showed that an increase in blood lead level from 2.4 to 10 μg/dL at the time of testing was associated with a decrease of 3.9 IQ points. At lower lead levels, a small increase in blood lead made a bigger difference in IQ than the same size increase did at higher concentrations.
The good news is that making your home lead-safe is not often difficult or expensive. Read more about common myths and misconceptions about lead.
Child Blood Lead Levels
Children under 6 years old are most at risk. Lead is particularly harmful to children because their growing bodies absorb more lead than adults do and their brains and nervous systems are more sensitive to the damaging effects of lead. Even low levels of lead in the blood of children can result in:various adverse learning, behavioral and health-related effects.
Blood lead testing is covered by Medicaid and most private medical insurance plans
Lead is a problem, especially for children but perhaps not as dangerous or difficult to deal with as you think.  Learn more about common misconceptions.