When Did They Stop Putting Lead in Paint?
Guidance for knowing the when’s, how’s and why’s of home lead testing.
A question is often asked “when did they stop putting lead in paint?” as a means of determining if a house should be tested for lead. There are a number of considerations that should be accounted for deciding when and how to test a house for lead but the age of the building shouldn’t be the primary issue.
The simplest answer to the question is that the amount of lead allowable in paint was lowered by federal law to 1% in 1971, 0.5 % in 1972 and then to 0.06% in 1977. It was further reduced to 0.009% (90 ppm) in 2009. However, in reality, manufacturers voluntarily reduced the amount of lead in paint well before 1978. In addition, since lead was a premium ingredient that added to the cost of the paint, the levels of lead in some old formulations of paint often had very little or no lead. Lead was often added for purposes of pigmenting the paint or giving it additional strength or wear resistance or to improve drying.

How does interior and
exterior paint compare?
In the experience of Tri-Tech in the Detroit market, we don’t generally see much lead-based paint in the interior of houses after the mid-1950s. Its unusual to find lead in paint in exterior paint after the late 1960s. Lead was phased out in interior paints much earlier than exterior paints as manufacturers did not have lead-free formulations that could stand up to exterior applications until the 1970s. It is not uncommon to see almost no detectable levels of lead in paint in housing in the mid-1970s to late 1970s.
As far as exterior paint is concerned, generally any wood painted prior to the 1960s is going to have high levels of lead unless someone has stripped or scraped the paint or it is highly weathered. Before the 1950s, exterior paints sometimes contained as much as 50% lead! We will spend the rest of this article discussing lead in interior paint, which is much more variable and typically more of interest to the average person. 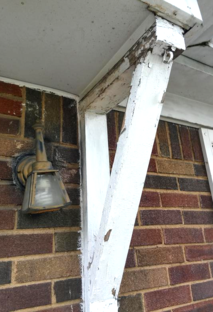 The front door stop and jamb is a common place to find LBP and is often chipped up or scratched and is overlooked when repainting the interior or exterior
Most exterior paint on wood on houses built prior to the 1960s is LBP (unless it has been scraped)
When was lead paint used the most?
The belief that the older a house is the more its likely to have lead paint is also an untrue generalization. In houses painted around the turn of the last century (1900s) with only limited repainting, we typically find very little lead in the paint. It tends to be more common in houses constructed around the times of World Wars I and II. Interestingly, the only times we have found houses where almost everything was lead painted were houses constructed in 1943 and 1944. It is thought that the war-efforts substantially increased manufacturing capacity of lead paints for planes and ships and other applications associated with the war effort. As a consequence, there were surpluses near and at the ends of the wars that made leaded paints more readily available at a reasonable cost. As a result, we have found that houses constructed in the 1940s in the Detroit market generally have more lead paint than houses from any other decade.
Lead in paint is not necessarily the only consideration however in testing homes for lead. While lead declined as a paint additive in the 1950s, its use remained constant in other building applications. This includes lead used on vinyl and metal window blinds, cork flooring, certain types of rubber flooring, lead-containing brass alloy fixtures and on decorative window caming. These leaded building products were used up until the 1990s. In addition, lead glazed ceramic tile remains legal for purchase and is used to this day. The risk with lead glazed wall tile is very low when installed on walls. However, Tri-Tech has seen tile installed on floors where it can be subject to wear and therefore release lead dust. Therefore, homeowners or home buyers may wish to have newer houses (post -1960s home construction) checked for other lead sources besides paint.
A Statistical Perspective
The commonly cited national statistic from EPA is that 87% of homes built before 1940 contain some lead paint, homes built between 1940 and 1960 have a 69% chance of containing such paint, homes built between 1960 and 1978 have a 24% chance of containing lead paint, while homes built after 1978 are unlikely to have lead-based paint.
A review of Tri-Tech’s project database revealed the following results for lead inspections of over 200 houses (2010-2020):
One client requested testing of a house constructed in 1980. Lead in paint was consistently at non-detectable levels but lead-glazed brick flooring was identified in the kitchen and leaded window blinds were identified in one room.
What about lead dust and lead in soil?
An equally important consideration is the dust present in a house and whether it contains acceptable levels of lead. A 1995 HUD survey found that 17% of pre-1980 homes contained lead dust in excess of levels considered safe for children. Since lead dust standards have decreased five to tenfold since 1995, these rates would be much higher using today's health standards. Based on a review of Tri-Tech project data, about one-third of homes tested with no lead paint would fail current dust standards. Read more here. Lead dust sources that can affect a home can include exterrnal sources such asair pollution residuals and industrial/occupational sources.
The same survey found 21% of pre-1980 homes having unsafe levels of lead in soil adjacent to the homes. For homes constructed prior to 1940, this rate skyrockets to 60%. Learn more about lead in soil here.
•

Do I have or plan on having children? For home-based day care see also.
•

Will children be playing outside near old painted wood (e.g. garages)?
•

Are there old wood windows, worn hardwood floors or other areas that are hard to keep clean?
•

Do the stairwells contain worn or scratched painted wood tread?
•

Do I have uncaged pets that will be scratching up or chewing on parts of the home or will they be expected to tracking in soil from outside?
•

Are there any unusual building finishes? (see comments above, also more on non-paint sources here)
•

Do I plan on any extensive renovations that would disturb old paint that could require testing?
• If you are City of Detroit landlord, it is required for a certificate of Occupancy. Learn more here.
Its not lawful to rent to a tenant with a child with an elevated blood level if lead hazards are present. Therefore, landlords in other cities are sometimes required to test their buildings.
Lead was often used for window caming. A patina can form that releases ultra-fine lead dust 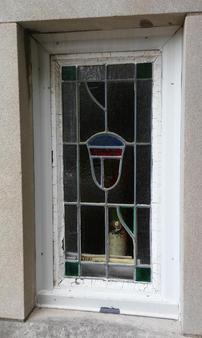 You may have seen or heard the following commonly repeated statement:
“If your home was built before 1978, there is a good chance it has lead-based paint. “
Helpful considerations for knowing when to test for lead
The following are useful considerations in determining whether a house should be tested for lead:
You can see this on the EPA website and a number of other places. After reading this article, you should now know that this isn’t quite true, which had led to an unfortunate simplification of using 1978 as a cut-off date for testing for lead. An informed homeowner or buyer is better equipped to make educated decisions on whether to have lead testing done besides the year of construction. Learn more about Lead Testing options. Could your test results be wrong?Learn more about the limitations of XRF lead paint testing data.
* For five projects, one or more very minor components were identified that were removed by the Owner prior to completion of project;
**= testing of two post-1978 houses is included in totals 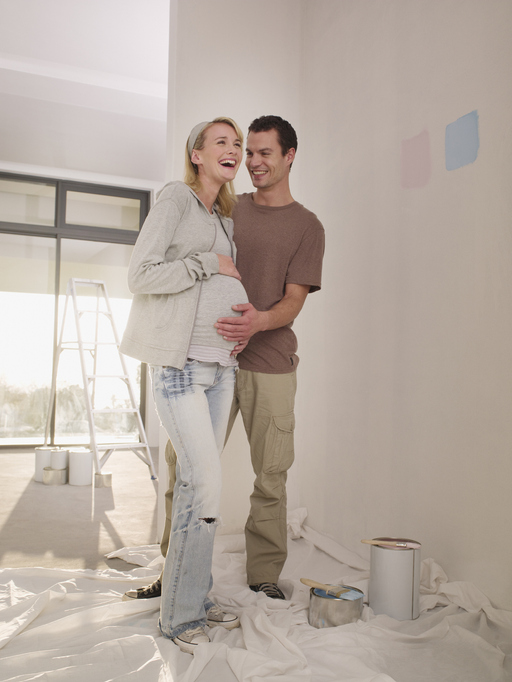 Lead dust most severly affects infants and toddlers. However, it can also affect fertility in adults. 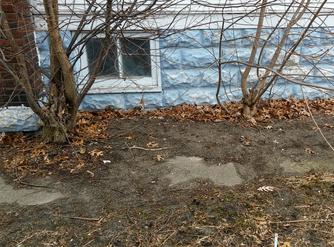