Toxic Driveways (Coal Tar Driveway Sealant)
Additional Home Health Concerns?
Leaded Window Blinds
Arsenic Wood Preservative
Tri-Tech Building Hygiene Services is pleased to offer additional information on less common home health concerns that may interest you.
According to the U.S. Consumer Product Safety Commission (CPSC), in 1996 it was discovered that imported non-glossy vinyl mini-blinds contained lead stabilizers and pigments. The CPSC found that over time, the vinyl deteriorates from exposure to the sun to form lead dust on the surface of the blind. The amount of lead dust formed varies depending on the manufacturer. This discovery lead to various product recalls that continued through the early 2000s. Since then, a few additional window covering products were also identified to contain lead, including wood-grain roll-up blinds and some window blinds incorrectly labeled as “Safe Nonleaded Vinyl Formulation.” It has been reported that some US manufacturers utilized lead stabilizers in window blinds prior to the 1980s. The CPSC determined that washing the blinds effectively removes the lead dust but accelerated aging tests indicated that lead dust formation will return.
CPSC determined that lead concentrations in the leaded window blinds ranged from 0.3 to 1.2 %. CPSC has not presently developed a lead threshold to define leaded mini-blinds but the Children’s Toys Total Lead Standard of 100 ppm lead can be used as a guideline minimum. This translates as the approximate detection limit of the XRF (0.01 mg/cm2). Therefore, Tri-Tech recommends removal and replacement of window blinds containing any detectable level of lead. Based on Tri-Tech experience, leaded mini-blind levels of lead are typically 0.3-5.0 mg/cm2.
Use of an arsenic-based wood preservative (CCA-chromated copper arsenate) was common for decks, picnic tables and other exterior wood components until it was banned for most uses in 2004. Studies are currently underway to determine whether homes with CCA-treated decks have higher levels of arsenic in indoor house dust and whether it poses a significant health risk. Arsenic is a carcinogen and suspected endocrine system disruptor. Soil testing is recommended in children’s play areas or vegetable gardens where weathered wood is present. Paint is generally ineffective as a control measure and special sealants should be used to limit the release of arsenic from CCA-treated wood. 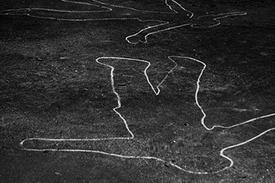 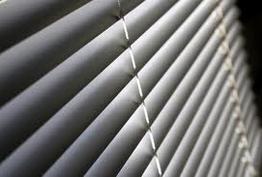 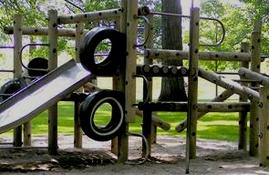 Hand Sanitizers
Follow this link for my opinion on hand sanitizers. 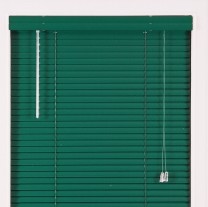 Lead can also be detected on paint finish of some metal blinds. ​During a check of a home, Tri-Tech identified green aluminum mini-blinds  with a low but detectable level of lead (0.1 mg/cm2). It was found next to a young child's bed. The window sill was found to contain an amount of lead dust (200 ug/ft2) that was above below the safe limit of 100 ug/ft2. For peace of mind, the homeowner decided to replace it with a lead-free blind.
Asbestos-Contaminated Sandbox Sand?
There have been anecdotal reports of certain brands of children's sandbox sand (white carbonate/dolomite) being contaminated with asbestos. There are no reliable reports that this has been confirmed but it is known that certain play sands contain asbestiform cleavage fragments that have been implicated in lung disease at high exposure levels. One published report.
Why are coal-tar parking lot sealants
legal for school and day care play areas?
An article in USA Today highlighted the increasing concern with coal-tar based sealants used on driveways and parking lots. These sealants, while arguably more durable, are potential endocrine system disruptors and are linked to an increased risk of cancer. Other health impacts are suspected to include an increased risk of autism or developmental delay for children.
Coal-tar based sealants have been banned in Washington, Minnesota and Austin, Texas. There is little doubt that coal-tars are carcinogenic, but the actual risk is debated compared to similar everyday chemical exposures of barbeque smoke, cigarette smoke and coal-tar based synthetic products such as dyes. Major retailers and contractors have discontinued or are phasing out coal-tar based sealant products. There is also concern that such sealants contain residual toxic heavy metals such as arsenic, cadmium, mercury and lead that can be tracked indoors where it is inhaled or ingested by young children.
A visual qualitative screening test can be performed to identify whether a sealant is asphalt or coal-tar based. For inconclusive or more reliable results, a laboratory can analyze a sample of sealant residue.
Metal blinds can contain lead paint and vinyl blinds can contain lead stabilizers
PCB in Caulk and Coatings
Evidence of residential usage is limited but more common for schools and commercial buildings.
Read more.
People may be surprised to know that there children are potentially exposed to arsenic on old wood play equipment
Have a sample of something you would like tested? A window blind slat? Preserved wood? Asphalt sealant from your driveway? Tri-Tech may be able to help. Learn more at the Heavy Metals Testing Page.
Other Household Lead Concerns
Visit the Lead Exposures from Non-Paint Sources page for more information on lead in garden soil, dishware and tub glazes and other household items that can readily be tested.